Mid-engine, no manual: What makes the 2020 Chevrolet Corvette special

Rated at 495 horsepower, the 2020 Corvette Stingray is the most powerful base Corvette ever produced.

It's also the first mid-engined production Corvette, and the first without a manual option.

After a delay blamed on the United Auto Workers strike late last year, Chevrolet began manufacturing the 2020 Chevrolet Corvette this week at General Motors' plant in Bowling Green, Kentucky. The first new model — which sold for $3 million at a charity auction last month — rolled off the production line on February 3. 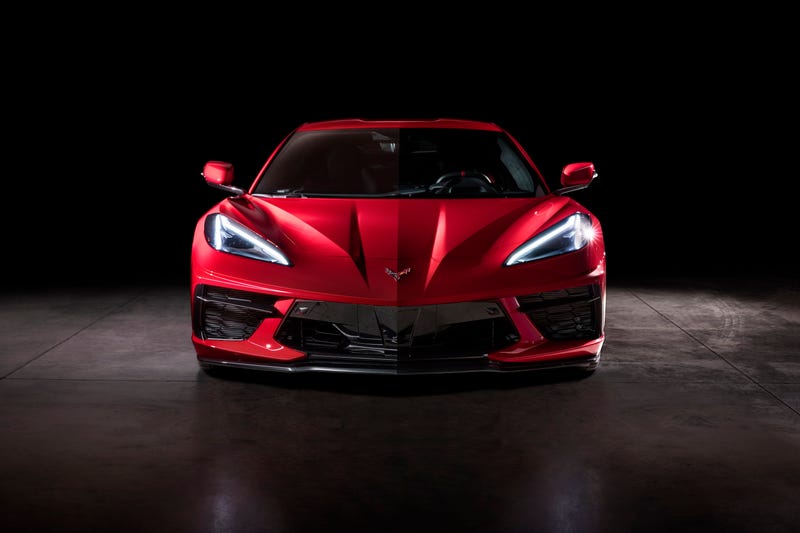 The 2020 Corvette Stingray — the eighth generation of the sports car — is the first full redesign of the car since the C7 was unveiled in 2013. The new mid-engined model was officially announced midway through 2019, and we've been eagerly awaiting the first production models ever since.

The C8 Corvette represents several firsts for the iconic sports car, some of which have been in the works for decades. Scroll down to learn what makes the latest 'Vette so special.

Production of the 2020 Corvette, the first model year of the C8 generation, began on February 3.

The all-black 'Vette with Chevrolet's Z51 performance package — pictured above — already sold for $3 million at a charity auction last month. 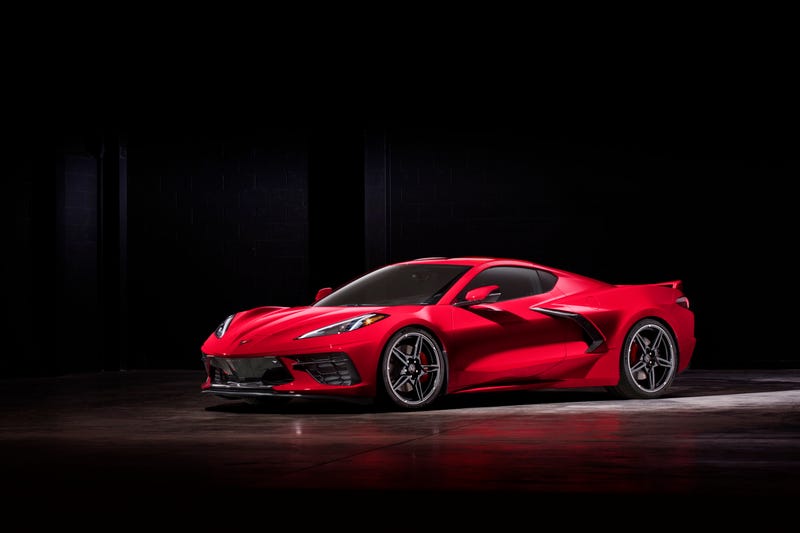 But what makes the new C8 Corvette so special? 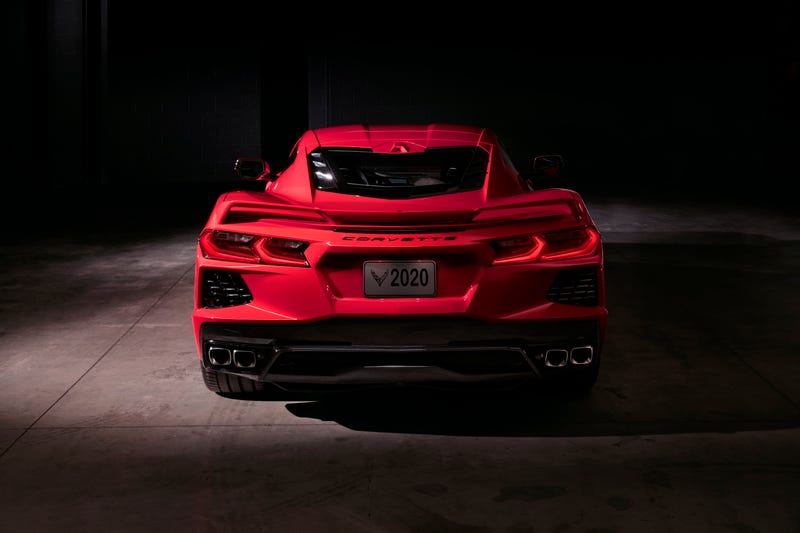 For one, it’s the first Corvette in history to have its engine in the middle, instead of up front. 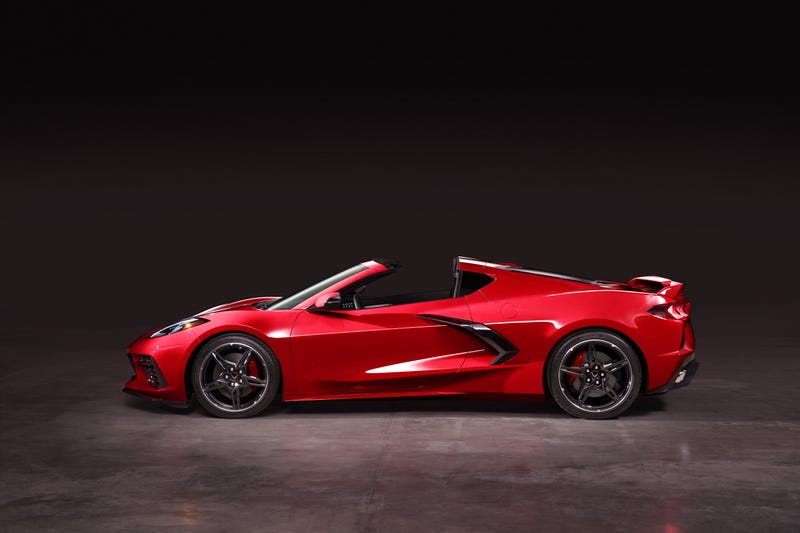 The new mid-engine layout places the C8 Corvette in the same class as supercars from Lamborghini, Ferrari, and McLaren, but it comes with an MSRP far below those automakers' price points.

Putting the engine behind the seats gives the car a more optimal weight distribution and allows for better handling and traction.

Part of what makes the new Corvette such a sensation is the fact that Chevy has teased mid-engined Corvette prototypes for decades. 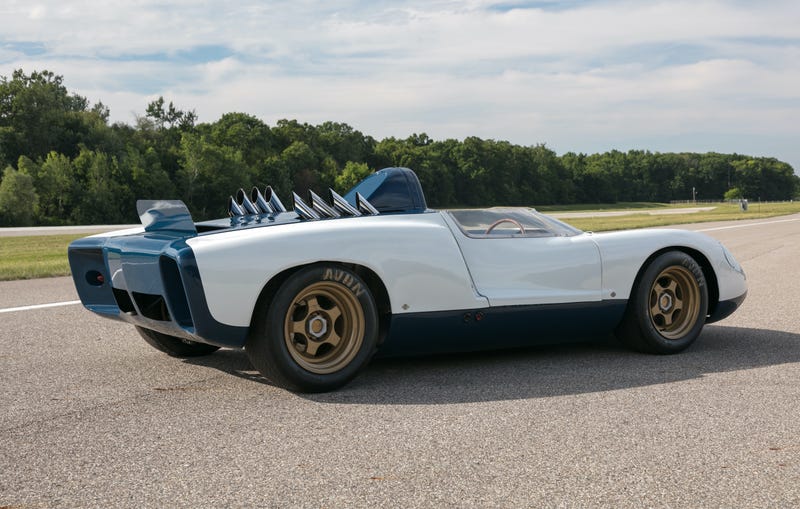 Across several model generations, a mid-engined Corvette variant has supposedly been right around the corner, and now it’s finally here. 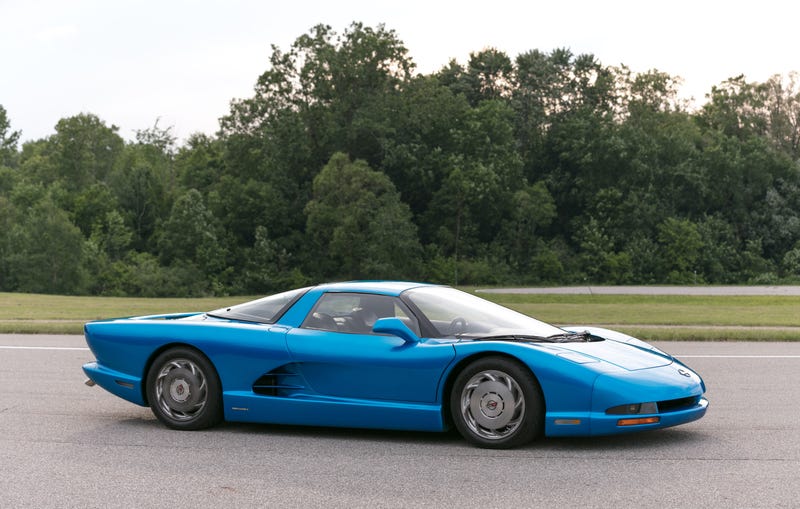 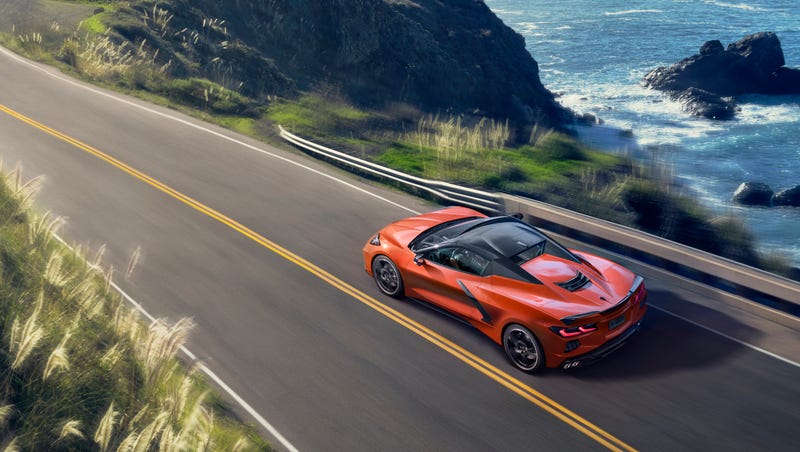 Starting at just $59,995, the 2020 Corvette brings supercar-like performance and engineering to the masses.

Equipped with a 6.2-liter, naturally aspirated V8 rated at 495 horsepower, the 2020 Stingray trim is the most powerful base Corvette ever.

Chevy says the new Corvette tops out at 194 mph in its base trim.

With the optional performance package, the 2020 Corvette posts a 0-60 time of 2.9 seconds and a quarter-mile time of 11.2 seconds, putting it in the ballpark of many more expensive supercars.

The new C8 Corvette is also the first generation of the legendary sports car not to offer a manual transmission.

That’s at least partially due to dwindling consumer demand for stick-shift cars.

When the last generation of the Corvette launched in 2014, sales were roughly split between manual and automatic versions. Lately, only one in five C7s sold sports a manual gearbox.

While all previous Corvettes have offered a convertible version, the 2020 'Vette is the first with a retractable hardtop.

The Stingray moniker harkens all the way back to the C2 Corvette, produced from 1963 to 1967, but the 2020 Corvette C8 represents a huge leap forward for America's sports car.